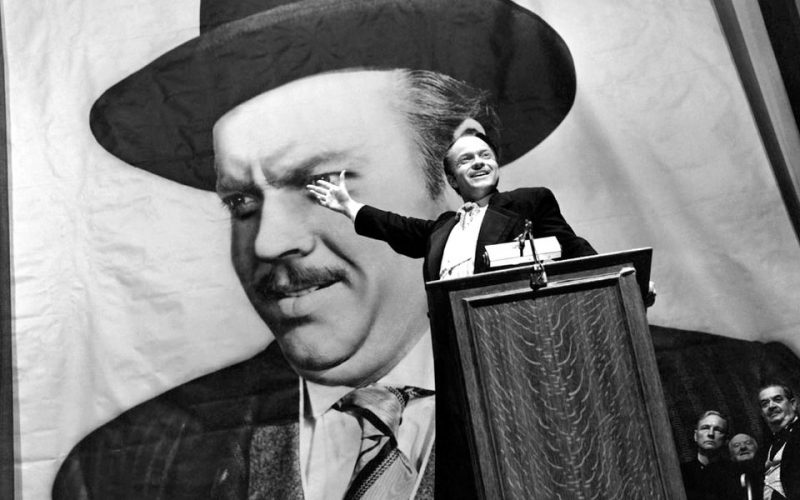 The following is the second of a two part series.  The first can be found here.

With the recent debate on the switch from illusion to immersion, we know that Hollywood’s image factory produces affect despite our awareness of constructed images. Indeed, our suspension of disbelief works only in cinema. Inception turns the heist theme into visual pleasure, according to Bernard, as “the sophistication of its editing heightens the spectator’s desire to disentangle the planes of immanence along which reality and fiction are distributed”. (231)

The interface between imagination and representation becomes indissociable from aesthetic reflexiveness and the multiplication of the medium’s potentialities. Cinema is the realm of the impossible, a dream factory: a large part of Inception is about suspension (in time, reality, disbelief, gravity) and spectacular. According to Coleridge’s very romantic notion, we suspend willingly our belief because we want to know the story. The spectacular produces a form a specularity, an image about the fascination of cinema and a reflection about the soft power of images.

This mirror effect is visible in La La Land through the saturation effect of colors and the artificiality of references. The camera work is more visible and makes us more aware of the construction of the image. The shot where the characters are at the edge of the set is an image about the obsession with the ability to make an image, a perfect example of “scopophilia” and culture fascination with the dream factory. However, the contemporary irony lies with the dissolution of the genre (bad dancers, sad love story, fantasy reconstruction) in its overall effect.

In Singing in the Rain, there is one camera and not more than ten plans for a five minutes shot whereas, in La La Land, the movement is produced by the editing of several images together: there are different dialectics of attention and distraction through long shots, music… The seductiveness of La La Land is already there thanks to the capacity to engage our gaze. Even though we are aware of the irony and the gender clichés, the tension between this awareness and our want to be delighted is palpable.

Inception also produces a form of speculation in its two meanings (mind games versus capitalism itself with a competition between two global companies). We want the hero to be reunited with his children at the cost of global war and monopoly over money and emotions. It is a film about how a film can control our emotions and deprive us of our logic. We are trapped in our visual experience. Inception quotes many films like Citizen Kane, reactivating a certain kind of North-American cinéma d’auteur. It contributes to create a reaction of communitarianism, a standardized response.

The fascination for mirrors in Inception pushes us to interrogate the confrontation of the blockbuster with itself. Like in The Matrix or Avatar, the hero is caught between reality and an imagined universe; he navigates between corruption and perfection. As it is clearer to watch the difference on the screen than in everyday life, I agree with Slavoj Zizek’s critic that “the true avatar is thus Avatar itself – the film substituting for reality”.  Blockbusters are making a shift from the “modern logic of aesthetic subversion” to a ‘mediated reflexiveness,” as Bernard describes it. (232)  Bolter and Grusin analyze this endless reflexion and narcissism in Aladdin as “a fascination with its own changing reflexion’ and a common feature in hypermediacy.”(148) Every film becomes allegorical in their own narrative and aesthetic logic, but also in their visual logic.

This obsessive reflexiveness can be related to Craig Owens’ analysis of allegory: “Allegorical imagery is appropriated imagery; the allegorist does not invent images but confiscates them. He lays claim to the culturally significant, poses as its interpreter”. (54) Thus Inception becomes its own interpreter of the spy movies’ genre. Cinema itself becomes a self-reflexive medium as it turns a sensation into intelligence. Elsaesser argues that “Hollywood films allegorize their own conditions of possibility”, playing on the reversibility of roles with the spectator: “they are the ‘special effects’ of the truth-trust-belief system which is digital Hollywood today”.

Who has not already met the frustration of an open ending? The cliffhanger, present in any franchise from Back to the Future to the Matrix, is another ‘special effect’ of the blockbuster. It gives the illusion of empowering the viewer, by encouraging the audience to speculate about possible futures/ends. This brutal self-consciousness illustrates the complex relationship with our willingness to be illusionary amazed and our pleasure in identifying the quality of the effects.

Usually, the audiences interpret to spectacular cinema in two ways: a cultural event to share and a technical object to dissect. “Cinema was invented so we could see motion in all its vividness,” as Tom Gunning writes in an article entitled “Now You See it, Now You Don’t’: The Temporality of the Cinema”, of whether to study it with scientific precision, or simply to delight in its manifold variety”.  In the dark room, the stimulation of our senses meets, according to Bernard, the “hermeneutic and interpretive work imposed by its complex plot”.  Pierson maintains that this implicit acknowledgement of the artifice is fundamental to the audience’s reception of blockbusters. This is why we can talk about blockbusters as the remediation of the cinema of attraction.

The economy of attention and the sense of agency in spectacular media promote performativity and interaction. In all scenarios, spectators are given to believe in a certain reality, only to be forced to question their observations: whether the character is awake or dreaming, whether the plot begins at first or later like in David Lynch’s Mulholland Drive (2001).

Those cognitive dissonances can happen across an entire franchise as in Lucas’ Star Wars, where the spectators are supposed to figure out by themselves the time gaps, the family links and the changes of allegiance. The self-reflexivity of the viewers becomes an instrument of self-regulation. The result is an empowered audience, who might not be aware but is still actively producing its own interpretation.

The first scene in Ridley Scott’s Blade Runner (1982) – the view of the city by night superposed to a self-reflexive eye, created a before and an after in our way of processing images. Our eye has become an extension of the camera rather than the opposite. Technology has become so powerful that it decides what we can see. The mechanic eye enhances vision while the narrative re-immediate our obsession with vision. The English co-definition of identity and vision goes through the homophony I/eye.

The emergence of 3D cinema and CGI is the latest form and aesthetic in the process of increasing search for “verisimilitude” in visual. Their ambition is to extend the consumers’ participation from active interpretation to actual production. Cinema has inversely created and shared fantasies of Virtual Reality and digital worlds as a “simulacrum” of the future medium, as Philip Hayward calls it. (180-204)

Digital spectacle and representation of futuristic technologies are still staged as entertainment. “Science fiction special effects,” according to Lister, “could then be seen as a particular kind of realism: though they may represent the fantastical and the speculative, they present actual cinematic technological developments.”

Michele Pierson insists on not taking special effects as the same kind of spectacular images. Their meaning and aesthetics differ according to the film’s narrative and the audience. Digital backgrounds or historical reconstitutions are not highlighted as much as other special effects.

Although it is the most industrialized branch in Hollywood’s culture, the blockbuster succeeds to mingle both reflexiveness and immersion. However, this ambiguity sends the viewer’s consciousness back to the tension between the immediate (credibility of the effects) and the hypermediate (pleasant awareness). La La Land appears so to be a self-reflexive movie which tackles the issue of remediation not only through the perpetuation of classical movies but also through the mirror relation between Mia and Emma Stone’s own story or between Keith and John Legend himself.

Now part of Hollywood’s cinematographic background, the film has become a reference itself for North-American soft power. After all, it is still an economic product. The American film musical serves as Hollywood’s own self-justification at the junction of business and entertainment. Since it is a major success story (33M$ to produce, 130M$ gain), La La Land acts also as the remediation of capitalism.

The blockbuster industry is a machine that generates interpretation so it can be endlessly adaptable and globalized. Does ‘Access for all’ make the film democratic then? Even with it coherent ambiguity, it is still a product which just changed its models of possibilities. In 2008, the United-States was exporting 31% of the film production, making of them the first soft-power exporter.

Though Hollywood wants to give an image of resilience and modernity, the blockbusters culture relays actually an image about the performativity of the image to produce a sense of collectiveness.

Alice de Bourgoing is a research student in art history at the École de Louvre in Paris.  She has recently been a management intern at the Musée national Picasso-Paris.