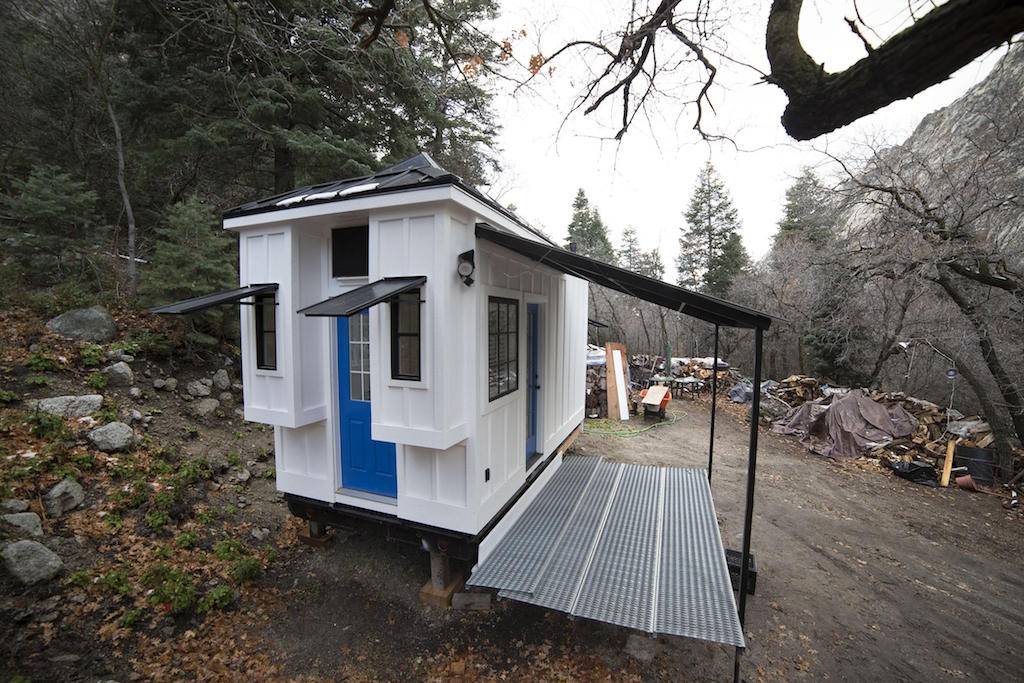 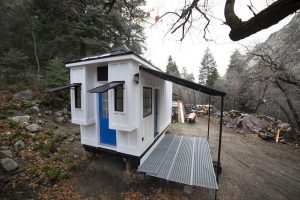 The current vogue for so-called “tiny houses”, where people live in as little as 100 to 400 square feet, derives in many respects from the earlier artistic movement known as minimalism.

Following the reductive trajectory of modernism, and reacting against the emotionalism and politicalization of abstract expressionism, minimalism – a style of abstract art characterized by extreme simplicity of form – has its origins in post-World War II Western art.  It distinguishes itself from other art forms with clean lines and the use of industrial materials.

Minimalism seeks to remove both biography and metaphor from art, rejecting ideologies like Clement Greenberg’s formal understanding of the purposes of art, which placed limitations on painting and gave privilege to artists who created under his tutelage. Greenberg ardently believed in abstract art as a necessary method for resisting the intrusion of politics and business into art. Minimalism’s opposing philosophy was set out in writings as well as exhibitions by their leaders Donald Judd, Sol LeWitt, and Robert Morris.

Judd often serialized his art, playing to the consumeristic culture as well as to the impersonal nature of identical, multiple works. In his destruction of individuality in art, he attacked artistic elitism. Art, for Judd, was not some esoteric ideal accessible only to the wealthy or educated. His multiplicity reinforced the materiality of art, furthering its accessibility to the masses.

LeWitt’s art consisted of lines, basic colors and simplified shapes which alluded to mathematical equations. However, these patterns were not necessarily logical. For LeWitt, the directions for producing a work of art became the art itself.

Morris is best known for his minimalistic sculptures: gargantuan, geometric forms repeated en masse, which lacked surface texture or any expressive content. These works were intended to force the observer to contemplate “the arrangement and scale of the forms themselves, and how perception shifted as one moved around them” which was a pivotal interest of minimalists.

Just as minimalism emerged as a reaction to the dogmatization of abstract art, the tiny house movement developed as a reaction to the rampant consumerism of the West. In the United States the average size of new single family homes grew from 1,525 square feet  in 1973 to 2,384 square feet in 2013, despite a decrease in the size of the average family. Material goods became an increasing priority, and with that value shift, lives became increasingly complicated.

For most Americans one third to one half of their income is necessary in order to maintain their housing. For the average person, this is the equivalent of working 15 years simply to pay for a roof over their heads. Due in large part to the strenuous burden of their housing, 76% of Americans are living paycheck to paycheck. In response, Americans began attempting to scale back their costs and simplify their lives.  Books like The Life Changing Magic of Tidying Up by Marie Kondo, concepts such as the capsule wardrobe, and movements like tiny house movement were born.

The tiny house movement is a social movement in which people (usually individuals or couples as opposed to entire families) downsize the square footage of the place in which they live. The average American home is approximately 2,600 square feet, whereas the typically accepted size for a tiny house is 500 square feet or under.

As an offshoot of minimalism, tiny houses use the same principles of the movement in its architecture. Minimalist architecture employs the color white, clean lines, and cool light. Tiny houses often utilize the colorr white and natural light in order to make the spaces seem as large and open as possible. Like minimalist art, tiny homes also trend towards simple geometric shapes and using natural materials in their construction/interior design.

The movement has not been without its complications, however.  Smaller than the prescribed minimum housing size for most places, tiny house owners struggle with the legality of building codes. To evade this complication, many owners elect to build their homes on wheels, in order that their homes may be considered temporary structures as opposed to permanent ones. Tiny houses also tend to lean heavily upon utilization of outdoor space such as porches and verandas. If, however, the location the owner has chosen for their home is not in a particularly welcoming climate, it can be rather limiting.

Tiny homes allow for the prioritization of self through the forced intentionality of what one owns. They offer freedom of movement, the freedom to put finances somewhere other than housing, and create a simpler environment.  But they often lack the security of permanent foundations, making it difficult to put down roots. They can stress relationships by forcing close quarters, and simplicity is sometimes inconvenient.  Your choice to only have a mini-fridge to save space ends up causing multiple grocery store runs in one week.

Tiny houses, like minimalism itself, are a fascinating reaction to a negative perception of social ideals. As JR has said: “art is not supposed to change the world, to change practical things, but to change perceptions. Art can change the way we see the world. Art can create an analogy.” Minimalism transformed the perception of generations, and that came to roost in the modern tiny house movement. The same ideas of freedom and simplicity that ran through Minimalism run through tiny house owners, and through them, the world is being changed in small ways.

Though perhaps less than ideal for the average person, tiny homes are being built to house the homeless. Young single college graduates up to their eyeballs in debt like the idea of pouring the money they would be putting into an apartment into something that cannot be taken from them, something they can own. For many singles, tiny homes are a nicer alternative to apartments, without the commitment of a mortgage or to a particular plot of land. Though overly romanticized, the tiny house movement, as a loose collective of out-of-the-box thinkers and doers, epitomizes the effect art can have on the world.

It is in itself both an innovation and an analogy.