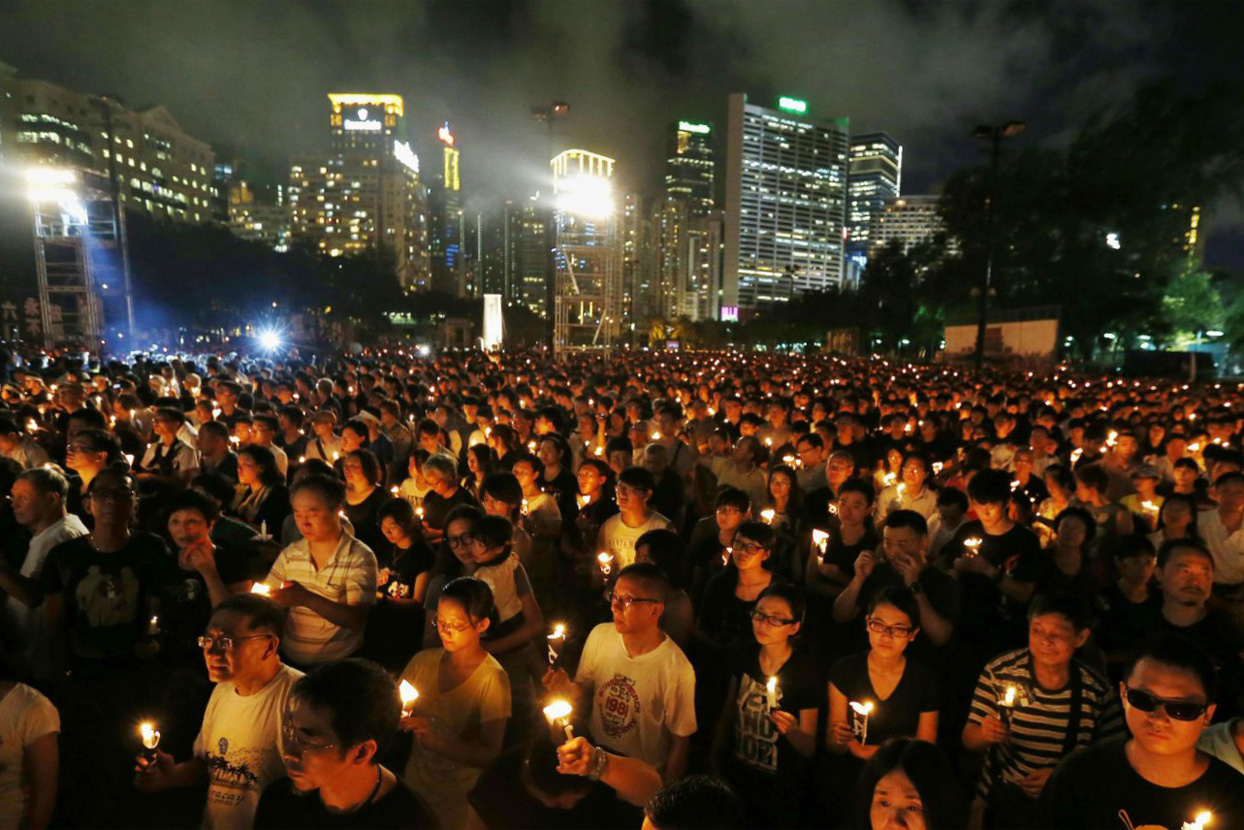 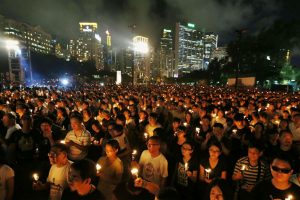 The following is the second installment of a two-part series.  The first part can be found here.

There are two common methods of writing about this experience. One describes the experience and brings it into the realm of representation. The other explains how the experience was created through a process of deconstruction. The following is a demonstration of both:

In Robert Morris’s installation at the Dwan Gallery in 1966 (Figure 1) viewers are confronted with large geometric forms resting on the wooden floor. They obstruct the view of other rooms and intrude into normal walking patterns through the space. They feel close to each other and too large for the room. The viewer has to find uncomfortable ways to move around and find other art, other angles of viewing, and other viewers.

As the viewer moves, their perception of space changes, they feel different, uncomfortable, and conjoined with the work. Their world becomes instantly more sensuous. As the viewer becomes more and more aware of their presence in the room, the slightest change in their movement or in the movement of another registers as perceptual shift in their mind.

There is of course another way of understanding Morris. In looking at the same installation, we see the same geometric forms scattered around the white walled room. The forms rise from the wooden floor. Their simple geometry acts oppositely of Cubism. Where Analytic Cubism attempts to show the multiplicity of profiles of a form in space at one given time, Morris’s Minimalism shows us singular profiles of multiple objects as the viewer moves through space over time. The viewer sees a surprising number of possibilities of angles and perceptions.

Furthermore, these art objects masquerade as mere objects. They are designed with expressed purpose to exist in a gallery, but in the end they are white objects verging on decoration. This operation is also in direct dialog with, and an inverse of, the “readymade.” That is Duchamp made banal objects into art, but Morris makes art into banal objects.

Finally, in regards to its theatricality, collectively the viewers in their relationship to the artwork and each other completes the work. Both the viewers and the objects serve a functional purpose in the completion of the artwork. While to my knowledge Morris never uses the word “deterritorialization”, his work certainly blurs boundaries between object/art, theater/art, and object/subject. He creates a line of flight away from the “neutral” gallery. He creates a crack in the habitual mode of existence of sculpture, and began a growth.

It is entirely possible to describe an experience with this Morris installation. It is also valid to explain how the feelings were pre­-established in the historical and social context and in the discourse surrounding it. But I contend, by bringing the experience of the encounter into representation, one loses sight of what his work does best. In an attempt to look for meaning, in an archaeological cartography of signs in a defined network, this critique hears the language but remains unperceiving to the sound.

It feels like someone explaining a joke. “It’s funny because…” When the experience is brought into representation the encounter is supplanted by its explanation. As Massumi writes : “Approaches to the image in its relation to language are incomplete if they operate only on the semantic or semiotic level, however that level is defined (linguistically, logically, narratologically, ideologically, or all of these combinations, as a Symbolic). What they lose, precisely, is the event – in favor of structure.” (220) In other words, the act of tracing the lines of flight in a written critique actually inhibit the experience of a viewer. As the Sturm study pointed out, by bringing in factuality, the body feels less.

Art may, after all, invite a reading. It might even invite a deconstruction. It always exists in the register of representation. As O’Sullivan writes:

But to remain solely within this remit is to miss what art does best: effects a transformation. As such art…calls for a different mode of interaction: participation. To miss ­- or elide ­- this magical ­ -and immanent ­ – to remain within one’s own, known, world. In this latter place art might still have a role; as self contemplation and shield from mortality. But it is a role at once fascistic and conservative. It restricts the possibilities of life and reifies the notion of what art is. As such art becomes a machine for increasing alienation rather than the means with which to overcome it.” (119)

I propose a written critique that considers its work as contributing to not representing the affecting qualities of a work in their writing. This type of writing seeks to create forces that couple together with the reader, the writer, the written, and the art work. It seeks to give the viewer the same sense of possibility as an artist approaching a blank canvas, as a carpenter approaching wood, as the contraction of past and future potentialities, (in O’Sullivan’s words) “ungraspable in the moment of occurrence but real in its effects.” (21) This kind of writing is a writing that does, that puts the writing in a parallel register to that of art making. It participates in the cooperative project of producing affect.

The “meaning” of the work, if this is still a helpful term, would be a mapping of movement of the lines of flight through the multi dimensional time­space and the contraction of history and future as the new world is produced. It should still follow a logic. That is, this is not a random venture, but it is not hierarchical either.  There is no defined center, it resists a unifying principle. It shifts and shimmers, as Deleuze writes in Difference and Repetition, with differences of “level, temperature, pressure, tension, potential, intensity.” (222)

As an experiment in this type of written critique, I turn to Janet Cardiff’s installation The Forty Part Motet, 2001, installed at the High Museum of Art, 2014.

In the beginning was the Logos and the Logos became flesh.

Sings the circle of forty speakers. The speakers are black and inward facing. Each speaker sounds the voice of one singer. A tenor. A soprano. A child. Sounds of the forty voices singing a sacred text in Latin reverberate through the halls of the museum. Before your arrival, its song was heard in the corridor. After you leave its circle,

Sings the circle of forty speakers. The speakers are black and inward facing. Each speaker sounds the voice of one singer. A tenor. A soprano. A child. I have never put my hope in any other but in You, O God of Israel who can show both anger and graciousness, and who absolves all the sins of suffering man Lord God, Creator of Heaven and Earth be mindful of our lowliness. Sounds of the forty voices singing a sacred text in Latin reverberate through the halls of the museum. Before your arrival, its song was heard in the corridor. After you leave its circle, it continues.

As Kathleen Stewart says in Worlding Refrains: “What is, is a refrain. A scoring over a world’s repetition. A scratching on the surface of rhythms, sensory habits, gathering materialities, intervals, and durations A gangly accrual of slow or sudden accretions. A rutting by scoring over.” (339)

In the center of the installation, the voices literally surround the viewer. Different parts dominate the auditory experience as the body turns. As the ears turn. Yet visually, the experience remains virtually unchanged. The speakers are grouped in fives with gaps in between. The song itself lasts eleven minutes surrounded by three minutes of sounds of hushed speaking and breathing.

Viewers work their way around the installation. Inspecting. Examining. Looking at other work in the museum obstructed by the sculpture.

“It is impossible for the blood of bulls and goats to take away sins. Therefore, when Christ came into the world, he said: “Sacrifice and offering you did not desire, but a body you prepared for me…Here I am, I have come to do your will.” And by that will, we have been made holy through the sacrifice of the body of Jesus Christ once for all.” (Bible, Hebrews 10:5,9)

“He [Le Blek] walked in a square formation, repeated it; he walked in rectangles, triangles, circles and oblongs of different dimensions; half­circles, diagonals…He had developed by now a technique in which he would break each step into several components, and each of these would be executed slowly, with concentration: right heel against

stone, roll the sole of the foot across the stones, lift the heel and then toes, raise the left foot, move it forward, left heel against stones, and on. He had developed grace to match his skill, executing his movements whilst maintaining balance and breathing. One day he took his walkbarefoot; the next he discarded the rest of his clothes. He experienced the deep interlacing of the materiality of these repeated movements, and the affective relations of stones and feet. Stone sensitised skin. His muscles responded soft, subtle vibrations.These intensifications did not cause him to lose his focus. Buthe slipped into a lapse – an apartness from the world. A feeling originating in his belly that spread as an intense heat giving rise to what might have been a temporary unconsciousness, or a profound loss of awareness – he was unsure – whilst not affecting his body,which continued to repeat its movements according to the patterns now established. At first uncomfortable Le Blek began to enjoy this loss of awareness. His periods of apartness were prolonged by graduated steps. He found himself able to retain some vestige of awareness – a third eye? – the capacity of an additional perception with which he could track shifts even within the texture of his apartness.” (Chapman and Stahl, “BLOODCRYSTALPOLLENSTAR”, 291)

The circular installation has left the realm of representation, though it is that too, and become an incarnation. A texture of sound reverberates in the ear and in the chest cavity, in a “body you prepared for me”. Respice humilitatem nostram. And then a murmur. The non­sacred worms its way inside the refrains. The eleven minutes continues to surround the three minutes, a fourteen minute loop.

Why does nobody talk to circles? Because there’s no point.

The work uses the symbolic registers of language and religion to effect change on the body. It has created an event for full participation and it infects the experience of all other artwork within hearing distance. It has no boundary.

Affect is nothing new. Kant knew it was going on in the 18th century. Neither is considering the immanence of an art object something new. Morris demonstrates that. But figuring out what to do with these things has been an issue of much discussion. Is it really beneficial to break apart our experiences to understand them? I have attempted to provide an alternative ­ a method of contribution to the artwork, a worlding and coupling together. After all has been understood, deconstructed, semiotically reconstructed, and fluid centers of meaning pinned down, after all is written and said, after all the viewers leave, even after the work has been removed, the art still does. something. And that something is used to see the world, a new world.

I agree with Lawrence Grossberg.“In the end, I still want to figure out what’s going on. And I believe that giving the best answer one can, without simplification or reduction, even if it means giving up your favorite theoretical or political assumptions, is the responsibility of the intellectual and the most important contribution that the intellectual can make to the imagination and actualization of the virtual future. That is, to realizing that ‘another world is possible.’” (338) This is a hopeful critique.

Jeremy LeMahieu is an artist, writer, and teacher. His academic work and artwork explore issues of ontology and failure. He graduated from Bethel University (St. Paul, MN) with a BA in art education in 2006, and he received his MFA from the Savannah College of Art and Design (Savannah, GA)  in 2016.