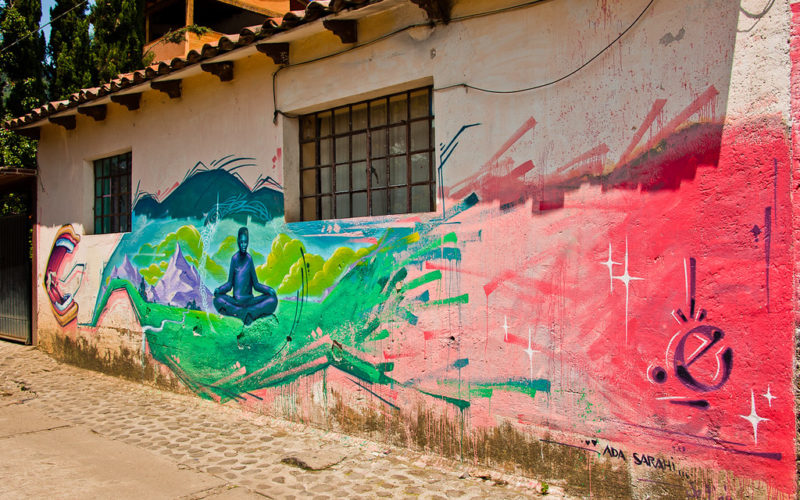 The following is the second of a two-part series. The first can be found here.

Anthony Gardner, in a piece commissioned by GAM, proclaims a difference, in that one needs to “evaluate the possible shifts from the postcolonial to the global”, pointing out that there are “as many postcolonial studies as there are postcolonial spaces”, in reference to the curators of the Guangzhou Triennial who lambasted postcolonial theory for its “multicultural managerialism”.

Hal Foster similarly warns of this in The Artist as Ethnographer?, of a self-aggrandizing “ethnographic fashioning” in which the artist, identified or perceived by their alterity has an assumed “automatic access” to ‘otherness’, and becomes “not decentred so much as the other is fashioned in artistic guise.”(306) Gardner also posits that Post-colonialism has seen a ‘withering’ – a reabsorption of its values into a new aesthetic of identity politics.

With that comes the consideration of localized identity either thriving or succumbing in the face of a global audience and art market. Many artists now embrace a truly transcultural art practice, something which today is still being questioned for its long-term effects on regional or national identities.

When one considers artists responding to this kind of ‘post- post-colonialism’ with either a reinforcement or an abandonment of national identities, one is reminded of Gayatri Spivak’s call to “maintain an ethics of alterity rather than a politics of identity”, so that considerations of identity, dislocation and transculturalism aside, art should forever remain centred in its discursive power against the kind of commodification that Belting alludes to.

On the subject of Belting’s lengthy analysis of the challenges in regional centres to define a localized art history, one is reminded of glocalization, Roland Robertson’s conception of the simultaneity of “universalizing and particularizing tendencies” which Belting fails to mention. Thomas Friedman has argued against this proposal, asserting the ‘flattening’ of the world and of histories in the face of globalization, where ‘glocalizing’ phenomena such as the internet suggest that history and innovation can be formed in regional centres in their own right.

However, Friedman’s critics such as Richard Florida might argue that adversely, despite this ‘flattening’ effect of globalization, it is still the large Western centres in which innovative people ‘cluster’, suggesting, like Belting, and no doubt quite accurately, that a true heterogenizing of the art world might be a long way off.

The call for local culture scenes in regional localities to create something ‘’unique to their environment”, as Chris Hobson writes, without getting swamped by financial pressure like Belting mentions, is surely the hallmark of global art of this era. Nancy Adajania has written about this at length, calling for a “transient pedagogy”, a new formulation of art history pedagogy which embraces a “critical transregionality”, setting aside “exhausted cartographies” of the Cold War and late-colonialism and moving towards a re-imagining of pre-existing global power structures. Central to this project, she writes, is the formation of “vast narratives” and the “generation of numerous regional histories”. Certainly one can see in Adajania’s vision a great potential towards the amelioration of the problems Belting proposes.

Further still, Gayatri Spivak’s Can the Subaltern Speak, offers further clues to the dynamics of Eurocentric art history. As an historical study of the West’s philosophical “desire for subjectivity”, it highlights the way ‘knowledge gathering’ was always used to justify colonialist projects, and that in modern times the European field of critical theory has inherited this form of subjugating hubris.

As a result, those from non-Western cultures are robbed of their voice in the face of European intellectual traditions and therefore must endeavour to reclaim it. One immediately sees a connection between Spivak’s position and Belting’s thesis, and a justifiable call for the necessity of regional centres to reclaim their own definitions of art and thus their own art histories.

Turning then to Belting’s concluding sentiment asserting art’s “exodus from art history”, one considers Arthur Danto, whom Belting mentions, and his originating talk of the ‘end of art history’, when he wrote about “the end of a certain narrative”, and how because of art’s self-reflexivity, “there is no special way works of art have to be”, and that it is therefore ”the final moment in the master narrative”. Danto was essentially asserting a contemporaneous addendum to Hegel’s own suggestion that eventually art would “end”, and Heidegger’s scepticism in regards to it. Danto’s critics, such as Noël Carroll, would assert his claim was a specimen of art criticism rather than a speculative philosophy. However, more simply, Belting would later write elsewhere of art history as an “outmoded model that is no longer appropriate for dealing with the art of our time”.(116)

Perhaps as a criticism of Belting or Danto, Kathryn Weir has written that “global art” does not herald art history’s end, but merely generates “much more complex formulations of art history”, where there is a “widening awareness of many historical and geographic frames of reference” and “longstanding aesthetic heritages”. Rather than being a direct critique of Belting, we can see the difference as more likely a language game, in that Weir clearly shares Belting’s assertions that the rigidity of “traditional” art history is supplanted by whatever “formulations” might occur.

To conclude, it is unavoidable to consider the work of James Elkins, who’s opening chapter of his own edited compendium Is Art History Global? is a seminal text in the field. The chapter is concerned with whether or not Western art history is “compatible” in non-Western art environments, and if not then what of the alternatives. After citing a range of factors, for instance the global distribution of art history faculties, Elkins concludes that whilst the art histories of all cultures have obvious educational benefits, it’s not ultimately necessary for the content of regional histories to be taught cross-regionally. But, it is still the interpretive methodologies of art history pedagogies of all different types which could be usefully exchanged across cultures, even if those methodologies are used to interpret entirely different subjects.

Indeed, Belting’s call for this ‘exodus’ is not at all discounted by Elkin’s assertions, rather, like Danto, we can interpret ‘post-historical’ to imply not after ‘history’ in the sense of history itself, but ‘history’ as in the way it has hitherto been taught and studied in the “double exclusion” of its Eurocentrism. Second to that, Elkins’ call for a global exchange of art historical methodologies mirrors that of Belting’s call for regional artistic-definitions.

Most definitely these are noble concerns, and visions appropriate for an ideal environment of global cultural exchange, yet questions still remain whether or not pre-existing global power structures, such as what some have called the neo-colonialist “new imperialism” of systems of higher education between former colonies and their European suzerains, will inhibit such exchanges in the future. Certainly, we can only hope, that this “new art history” will be one that accounts for and embraces “fresh interactions, interpretations and readings emerging from such transverse traffic.”

Robert McDougall is a graduate student at the Victorian College of the Arts, University of Melbourne.