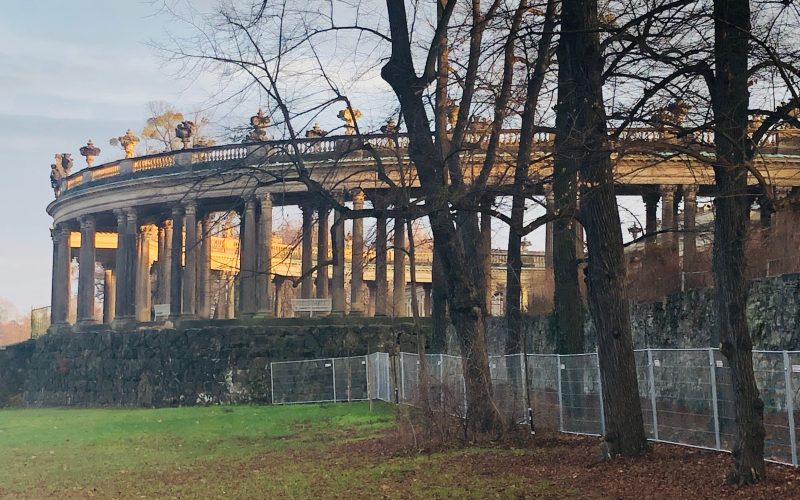 In the fall of 2015 I taught a Literary Genre course Kennesaw State University in Georgia on the Graphic Novel (ENGL 3230 Syllabus).  I taught it from the perspective of rhetorical genres as described by Carolyn Miller in “Genre as Social Action.” the features of which are as follows:

For Miller, such an approach to genre studies, as “a recurrent, significant action, […] embodies an aspect of cultural rationality. For the critic, genres can serve both as an index to cultural patterns and as tools for exploring the achievements of particular speakers and writers; for the student, genres serve as keys to understanding how to participate in the actions of a community” (165).

In the first half of the course, we reviewed some of the histories of the Graphic Novel genre from the mid-19th century to contemporary experiments in graphic storytelling, many of which took students off-guard. For instance, in approaching graphic novels as a rhetorical genre of social action, we began with a fairly traditional understanding of the form: sequential art panels conveying a narrative in both image and text to address some current/popular issue.

In an earlier article I wrote about one of the first historical texts of this understanding through a brief analysis of Rudolphe Töpffer’s media theory—interestingly, as I’ve learned through my research into Töpffer, much of this work was informed by contemporary philosophy, particularly Hegel’s lectures on the fine arts.

We also reviewed some early 20th-century daily comic strips often considered canonical in the history of the genre, such as Winsor McKay’s Little Nemo in Slumberland and Richard F. Outcault’s The Yellow Kid.

Following these traditional histories of the genre, the course moved on to more uncommon understandings of comics, understandings of the genre that examines what Miller refers to as “the substance of our cultural life.” Today, daily newspaper comics have largely shifted to electronic distribution models, including webcomics, interactive comics, and motion comics (although I tend to think of these projects as “animation” rather than graphic novels).

With the emergence of electronic media communication technologies and the Web/Web 2.0, comics-artists started to experiment with these new means of communication so reflective of contemporary cultural life in the 21st-century, much like Töpffer had done alongside the invention of imaging technologies in the mid-19th century: the daguerreotype (see “De La Plaque Daguerre”). One of the more intriguing experiments with graphic novels, however, extends these online/electronic experiments into a recent rhetorical and philosophical trajectory: new materialism.

New materialism is an extension of Bruno Latour’s work, specifically in Reassembling the Social: An Introduction to Actor-Network Theory, where he pleads with his readers to “treat humans as things, [to] offer them at least the degree of realism [they] are ready to grant humble matters of concern, [to] materialize them and, yes, [to] reify them as much as possible!” (255-56).

Theorists of rhetorical discourse have taken up Latour’s plea in various ways since the publication of Reassembling the Social.  As Scott Barnett writes, via a review of Graham Harman’s Tool-Being (2002) and Guerrilla Metaphysics (2005, Latour’s work has opened the field of rhetoric…

…to a wide range of material objects that, along with language, we have to see as integral to our present understanding of writing as both a practice and an object of inquiry. Among a host of others, these material objects—these missing masses—have included: technology, the body, space and place, and the natural world. Not separate or merely additional constituents in rhetorical situations, these materialities and their intertwinings constitute our reality—are part of the very is-ness of that reality—in ways that fundamentally shape our very senses of what writing means and how we practice and teach writing in the world today.

This re-shaping of our sense of what writing entails and how we practice such writing has deep consequences for not only writing, but also for genre studies and rhetorical aesthetic practices.

One such work is Amy Propen’s Locating Visual-Material Rhetorics: The Map, the Mill, and the GPS, which argues that to “understand artifacts of cartographic practice and visual rhetoric as embodied knowledge allows us to consider the ways in which visual artifacts help provide more intimate understandings of or connection to a place, and in doing so, perhaps a closer relationship and feeling of responsibility toward it” (18).

Another work comes from Laurie E. Gries. In Still Life with Rhetoric: A New Materialist Approach for Visual Rhetoric, Gries argues that rhetoric “prevails beyond its initial moment of production; once unleashed in whatever form it takes, rhetoric transforms and transcends across genres, media, and forms as it circulates and intra-acts with other human and nonhuman entities” (7) and that “ a new materialist perspective operating in conjunction with a rhetorical ecology model […] must be studied as divergent, unfolding becomings in order to account for their unique, distributed rhetorical ontology” (19.

Finally, Thomas Rickert’s Ambient Rhetoric: The Attunements of Rhetorical Being calls for an understanding of new materialist work through the lens of everyday encounters, attending and attuning to the affects and effects of daily life—perhaps there are some connection here to the daily newspaper comic strips of the 20th-century focused on attending to the “mood” of contemporary events (Little Nemo; The Yellow Kid). For Rickert, ambience “refers to the active role that the material and informational environment takes in human development, dwelling, and culture, or to put this differently, it dissolves the assumed separation between what is (privileged) human doing and what is passively material” (3).

Ambience, that is, “conveys what Heidegger describes as the background of intelligibility and practical coping from which we work” and it “invites us to understand the complex give-and-take we have with our material surroundings” (5).

Still, these works lean toward a writing/aesthetics remains grounded in analysis—a necessary part of rhetorical discourse—and gestures toward rhetorical production.

Two of the last “graphic novels” we reviewed in the “Literary Genre: Graphic Novels” course were Özge Samanci’s Embodied Comics, Planting Comics and GPS Comics (with Anuj Tewari), projects that not only extended our understandings of graphic novels, but that also indirectly engaged the concepts of the three works on new materialist rhetorics described above.

As Samanci describes these two projects, the use of “location tracking technologies point to the possibility of using the entire surface of the world as a canvas for digital comics” where readers turn “into a participant and explores the story world by walking through the physical world” that aims to develop a “relationship to environmental constraints” (“From Site-Specific Comics to Location-Based Comics“).

In each of these projects, Samanci’s aesthetic method is to have the location- or site-specific image refer to something in the physical environment, which is in a constant state of change—e.g., weather, time of year, traffic (foot and vehicle), etc.

In essence, Samanci’s location- and site-specific comics function in a new materialist rhetorical aesthetic, pointing toward changing environmental actors (human and nonhuman) that affect how readers/participants make meaning in those spaces. Rhetorically, these projects present an aesthetic practice that connects participants to the ecologies of space and place, as well as an understanding of how space and place function as meaning-making elements in our daily lives. Moreover, if these practices were to be re-motivated for other purposes, Samanci’s work might be applied to more activist purposes, including making social, cultural, and/or political commentaries related to specific sites.

For instance, a group of students in the “Literary Genre: Graphic Novels” course developed a site-specific comics for their collaborative graphic novel project. The project brings together Samanci’s aesthetic practice to comment on an issue of utmost importance to students on campus: the availability of adequate parking. Using the framework of Dante’s Inferno, students used the levels of a parking deck for each circle of hell, drawing, in chalk, the epic journey of the protagonist searching for a parking spot before class, focusing on capturing the mood of students in perpetual search of parking and how that mood pervades how students engage in campus life.

Their aim, in other words, addresses the ways in which the infrastructure (material surroundings) affects students (and faculty) on campus. While the students’ project was washed away within a couple of days, they recorded their work on a social media site (Tumblr) and encouraged other students on campus to participate in this critique: “Central Hell.”

The work on new materialist rhetoric, Samanci’s location- and site-specific comics, and this student project have led me to begin thinking about the development of an emerging storytelling practice, informed by contemporary media and aesthetic theory, that not only acknowledges environmental surroundings, but also call participants to attune to those surroundings and how those surroundings structure meaning.

In a word, the invention of a media arts theory designed to support ambient storytelling practices, practices informed by contemporary rhetorical theory. A move in this direction, to channel Basho, would not be to follow in the footsteps of Töpffer’s graphic novels, but to seek what he sought: a popular rhetorical practice in the age of pervasive imaging technologies.

While Samanci doesn’t reference the Situationist International collective, examining these projects through the lens of dérive could produce some interesting results for a contemporary aesthetic practice with mobile and wearable technologies, and physical computing. In 2016, I will begin exploring these connections further: a rhetorical genre approach to new materialist arts.

Sergio C. Figueiredo is Associate Professor in the Department of English at Kennesaw State University with teaching and research interests in rhetorical theory, media rhetorics, comics, visual design/composition, professional communication, and public and civic engagement. This article was originally published in August 2016.