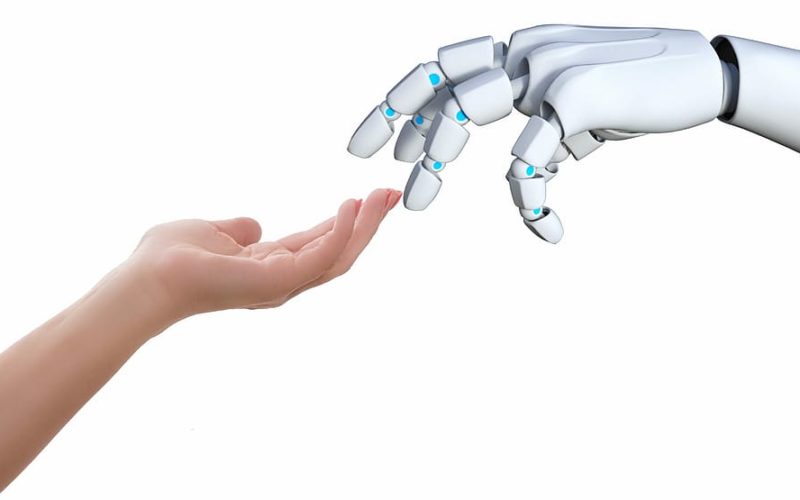 A version of this article appeared in Image & Text, Number 31, September 2018.

In 2015 Pixar Animation and Disney released Inside Out, a clever, moving film depicting the science of emotion and workings of the inner mind. The film translates cognitive aspects of being human, feeling and memory into a meaningful narrative, that speaks to contemporary society’s understanding of what it means to be human, based on the scientific study of of the mind and a psychological unpacking of emotion.

Pixar was on point, anthropomorphizing what society was most prominently embracing in their pursuit of the self: the scientific understanding of cognitive function. Now, in June 2020, Pixar and Disney will release their latest endeavor of illustrating what it means to be human in contemporary society. Paradoxically, it seems they are turning away from the science of Inside Out, towards an age-old, transcendent and often disregarded concept: the soul.

In the upcoming film Soul, Pixar depicts their version of the development and understanding of the soul, notably outside of the human body, and its role in the larger idea of a meaningful and passionate life. In anticipation of the film’s release, I wonder if Pixar is on point with their latest subject of exploration? Within the context of the Digital Age, where life has become centered on technological development and the ontology of being human has entwined with technology, is there still space to explore the phenomenon of the soul?

The canon of literature on being in the digital age shows technology interceding with various properties of personhood such as self-concepts, the mind, relationships and consciousness. However, a specific property of personhood, the notion of the soul, is often neglected from these discussions on technology and being. A reason for this omission could be that it is widely believed that the soul is an outdated concept, owing to its religious conceptualization that does not always seem to fit in with the postmodern thinking about technology.

In particular then, exploring the soul − no matter the subject or point of view − is quite a controversial and complicated task. In this article I argue that, despite its difficulties, an exploration of the soul in a technologically-driven society remains significant, since it reveals pivotal aspects of being human in contemporary society that could not have been highlighted otherwise. The soul allows us to think about our being – specifically in relation to technology – in a unique manner, uncovering promising ideas as well as critical forewarnings. Thus, the soul deserves consideration within the digital age, or to put it another way, as Pixar’s Soul is also likely to contend, it is still necessary to do some soul searching in our technological surroundings.

A look past Pixar’s upcoming animation reveals that a wide variety of visual culture (including films, television series, photographs and artworks) already explore the notion of the soul, especially in terms of its relation to technology and digital culture. Moreover, the relationship between these two entities have recently emerged as a key theme in several visual examples.

For instance, films such as Gravity (2013), and Never Let Me Go (2010), television series like Westworld (2016-), Altered Carbon (2018) and Black Mirror (2011-), as well as artists including Aleksandra Mir, Daniel Rozin, Brendan Fitzpatrick and Jeremy Shaw, all depict technological and soul-filled (notably also soulful) content. These visual examples allow the viewer to form meaning and contemplate philosophical thought considering the soul in a technological society. The realm of technology and the notion of the soul are thus in constant dialogue through the image.

Visual culture therefore firstly portrays a space for the soul in the digital realm and, secondly, shares ideas regarding the soul that are important for our thinking about being human in the digital age. In what follows, I briefly discuss such examples to highlight these key ideas and the relevance of the soul in contemporary society.

It is perhaps helpful to first shortly explain what exactly is understood by the phenomenon of the soul. In its most basic form, I interpret the soul (admittedly an oversimplification of the concept) to be the essence or core of a being that determines its true actuality, which distinguishes the self from others and becomes the life force within one’s existence. An enquiry into the notion of the soul is an ancient, somewhat contested, philosophical question that incorporates various fields such as science, theology and psychology.

The idea of the soul connotes different interpretations, depending on individual beliefs, cultures, religions, societies and disciplines. For example, monism argues that human beings are entirely ensouled bodies, while dualists believe humans exists as two distinct entities: soul and body. Proving (or disproving) the actual existence of the soul has been the concern of both religious institutions and scientific practices for millennia.

Nevertheless, the concept remains, as Goldblatt notes, “elusive” and difficult to validate, but simultaneously difficult to deny. Casey explains (32) that in a scientifically and technologically enhanced society a discussion of the soul is often associated with scepticism, evasion and disbelief, as empirical evidence cannot be found for such an immaterial principle. Yet in contemporary society people are becoming continuously more interested in the notion of the soul as they “are dissatisfied with the ‘soulless’ existence of modern culture … the thought of the soul offers just what they are longing for: depth, anchored lives, a spiritual and moral compass” (32).

In other words, for some, the idea of the soul presents a relief of sorts from present-day difficulties; therefore, it is a concept gaining interest once more. This increased curiosity towards the soul starts to open up its space in contemporary society, which is reflected in popular culture and visual examples. Specifically, the realm of the visual tends to comment on the soul in a technological world, encouraging us to consider the concept (and as a result ourselves) in relation to a society driven by technology.

The Soul and Technology in Visual Culture

Consider, for example, Spike Jonze’s critically acclaimed dystopian film, her (2013). Set in the not-so-distant future, her tells the story of Theodore Twombly, a lonely man going through a painful divorce, who falls in love with Samantha, an operating system. The film depicts a technological dystopia (or perhaps utopia) that presents humanity’s relation with technology. Moreover, the film intertwines the soul and love with technology. Jonze’s her opens up a space for the soul in two ways.

The idea that technology might ‘have soul’ is echoed in other art forms. For example, designer Matt Pyke, who creates digital installations, argues that his work is “not just abstract – a moving image or abstract technology – it’s a technology that has a soul in it … the public can perceive the humanity in it”. Similarly, David Milgrim tells the story of a blogger named Dave who has formed a special relation with Siri in the illustrated book Siri & Me: A Modern Love Story (2012).

Second, by telling the story of an ensouled technological device, her also questions what the consequences of advanced human-like technologies are to the human soul and community. On the one hand, the film depicts life with technology as a harmonious, soulful integration, while on the other it shows a disconnected and isolated lifestyle with other humans that resembles Sherry Turkle’s concept of being “alone together” in a technological world.

Thus Jonze asks the viewer whether a digital age will have a peaceful, positive impact on the human soul, or an isolating affect from others. The film prompts us to not only contemplate the plausibility of the soul within technology, but the repercussions for the human soul in terms of technological innovation.

Wit poses this question by presenting an unromanticized narrative of the effect of the technology focussed medical field and a techno-secular society ignorant of the human soul. By representing these realities, the film shows the viewer the consequences of declaring the soul irrelevant. In a society where viewers are constantly bombarded with consumerism that embraces technological development, films like Wit are important as they represent a counter-argument to such conditions.

Wit shows how the soul is more valuable than the pursuit of technology, knowledge and techno-secularity. In doing so, the film also creates room for discussion on the soul in a space strictly reserved for technological reasoning. In other words, even when the digital age is understood from a materialist point of view ignorant of the soul, the notion of the soul still becomes a matter of consideration. Wit proves that the soul still has relevance in a technological environment and argues that eliminating the concept from conversation, in favor of technoscience, comes at a serious price: human dignity.

A similar sentiment is echoed in Wally Pfister’s Transcendence (2014), a film about a devoted scientist, Dr Caster, who aims to create a self-governing computer which will generate technological singularity. In the film, Caster asserts that his idea will answer questions such as “is there a soul?” and “where does it reside” and with a tragic ending shows that the technological world requires space for concepts such as love, human connection and, notably, the soul. Both Transcendence and Wit depict the consequences of a world completely focussed on technology – once again emphasizing that room should be made for the soul in the digital age.

In conclusion, contemporary visual culture reveals that the soul is prevalent in relation to technology and the digital age. The soul is a significant concept that incorporates various world views and cultures that can be traced throughout prominent visual examples, such as her and Wit. By exploring these visual examples, it becomes clear that it is increasingly important to discuss the notion of the soul in the context of the digital world.

A discussion of the soul in relation to technology, as represented in various visual examples, reveals that technology can possibly manifest characteristics of the soul in the future and presents us with the power to negate between technology as an aid or a detriment to the human soul. Moreover, by creating a space for discussion on the soul in the digital age, visual culture is able to represent a world without the soul and its severe consequences, such as a loss of human dignity and empathy, creating an argument against such an omission.

Thus, the realm of the visual prompts us to keep considering the soul, through a variety of perspectives that incorporates spiritualism, religion, different cultures and a global outlook. By exploring these visual examples it is clear that the soul is ‘alive and well’ in the world of technology and there remains space to deliberate its properties in order to determine the effects of technology on the notion of being human. Here’s hoping Pixar’s Soul continues to turn the digital world inside out.

Karli Brittz is a Phd candidate and part-time lecturer at the University of Pretoria, South Africa in Digital Culture and Media. She is currently researching all things that include the visual, the digital and the world of dogs.