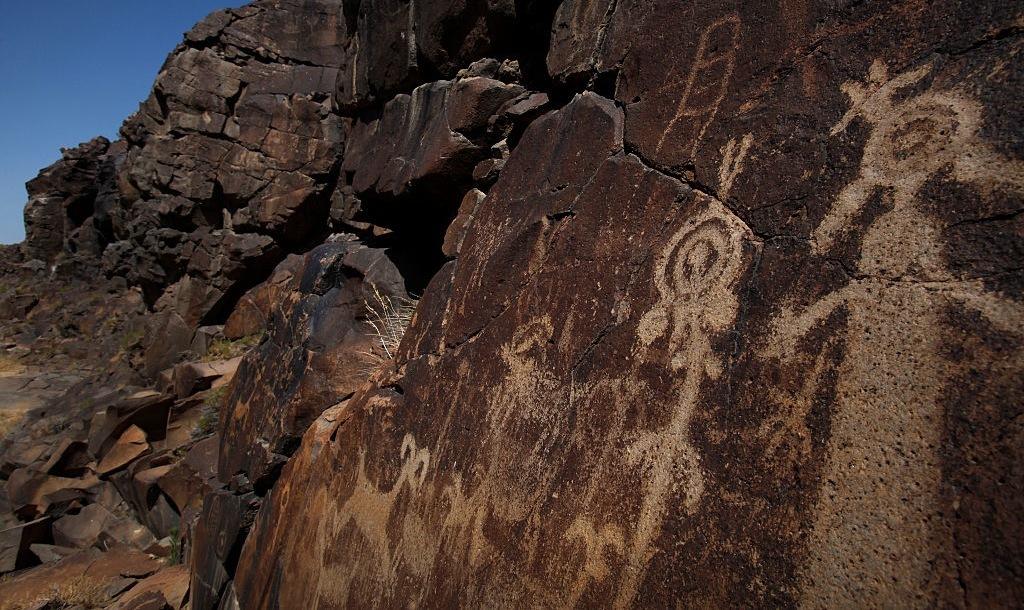 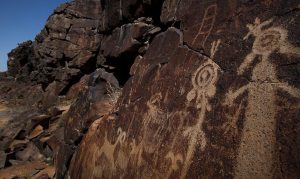 The concerns of many Native Americans, regarding their representation in the popular media, have been in the news of late.  Those opposed to the use of Native American-themed sports mascots, images, or team names have highlighted the fact that such representations often perpetuate negative stereotypes and reflect an attitude of superiority toward Native peoples—an attitude which allows mainstream Americans to represent others any way they please.

These concerns have been public since at least 1992, when prominent Native American figures, such as Susan Shown Harjo and Vine Deloria, Jr., first pursued legal means to have the name of the Washington “Redskins” football team changed.

In recent years, activists pursuing this and related causes, have pointed toward a matter that runs much deeper than the perpetuation of stereotypes. They have suggested that some Native American imagery used by sports teams and fans, and by individuals in many others spheres of popular culture, are a disrespectful use of sacred imagery.

What is not usually explained is that such disrespect is not merely offensive. It can actually have a detrimental effect on the relationships that comprise traditional forms of Native American religions.

The issue, then, is an ontological one and not just one of a simple lack of respect.

Ontology, as the word is used here, refers to a society’s understanding and categorization of being, beings, and Being.  Therefore, to describe the popular use of Native American imagery as ontological, is to say that it has to do with Native people’s most basic understandings of reality and how to behave in it.

Moreover, they often consider these beings as persons with whom they can interact and from whom they can receive aid.  Maintaining mutually respectful relationships with the potentially helpful other-than-human beings is usually the very purpose of traditional indigenous rituals and ceremonies.

The well-known Plains Indian style headdresses, so often worn by fans of sports teams with Native American mascots or names and sometimes even by those simply looking for a new fashion accessory, are a good example. Native American critics, such as have Adrienne Keene of Native Appropriations, point out that headdresses are usually viewed as sacred, in their normal contexts.

For instance, the Blackfoot peoples of Montana and Alberta—the Niitsitapiiksi—consider headdresses to have a sacred power.

In part, this attitude derives from the fact that the feathers that form  headdresses are viewed as living manifestations of the bird from which they are taken, usually the golden eagle. They are even designated as “animate” in the Blackfoot language, as Alfred Hallowell and Donald Russell have argued.

Thus, for the Blackfeet, feathers carry with them some of the birds’ power. Like other sacred things in the Blackfoot world, one can describe the headdresses as a having a healing power or saám.

At the same time, one can say of headdresses, other ceremonial “medicine bundles,” sacred sites, and more that “something lives inside” them or itapisko.

Blackfeet ceremonialists must treat headdresses with great respect, so that they and their people can benefit from the aid that eagles and other birds can offer humans. Mistreatment would jeopardize that aid and perhaps even invite negative reactions from the eagles.

This concern for reciprocity underlies all religious protocols. Moreover, it reveals that Blackfoot religion is directed toward helping its practitioners live successful lives by maintaining positive relations with those who can help them, as I have written.

Similar views are held by the Haudenosaunee or Iroquois of the northeastern US and eastern Candada. Their language is unrelated to that of the Blackfeet, but they have been very clear that they see their ceremonial materials in a similar way.  Their carved, wooden “false face” masks have been popular among collectors of Indigenous art for many years.

While there are no mascots or caricatures based upon the masks, images of them are easily found in popular culture, which is concerning to the Haudenosaunee, as they consider their masks sacred, just as the Blackfeet consider their headdresses.

In 1995, the Haudenosaunee  released a policy statement regarding their masks. It includes the following passages:

All wooden and corn husk masks of the Haudenosaunee are sacred, regardless of size or age. By their very nature, masks are empowered the moment they are made.

These passages indicate that the Haudenosuanee view masks as having an inherent, personal power – a power that is manifest not only in them but in their images as well.

The Blackfeet, too, consider images to embody the same power as actual beings.  This is most evident in their view that the images painted on teepees (and painted teepees themselves) are treated in the same way that headdresses and other medicine bundles are.

Thus it becomes clear just how serious the concern about the popular use of Native American themed mascots, names, and images is for many Native Americans.  From the perspectives of those who continue to practice their ancestral religions, it is not simply disrespectful, though this alone should be enough for the public to cease using the mascots and images.

The misuse of these things is disrespectful to living beings and powers upon whom indigenous peoples depend, religiously.  Their relationships with other beings, and those beings themselves, are jeopardized through such misuse.

Such misuse impacts the very vitality of indigenous peoples and their cultures.  In the most basic sense, then, the use of Native American themed mascots and images in popular culture is an ontological issue—an issue that affects the very being, beings, and Being of indigenous worlds.

Kenneth “Ken” Lokensgard is the Graduate Student Services and Research Coordinator for the Plateau Center for Native American Programs at Washington State University.  Lokensgard earned a Ph.D. in Religious Studies from Syracuse University.  He has taught at Gettysburg College in Pennsylvania and at the University of North Carolina-Chapel Hill.  As a researcher, he has worked with members of the Blackfoot Confederacy on repatriation and related topics.  He is the author of Blackfoot Religion and the Consequences of Cultural Commoditization.