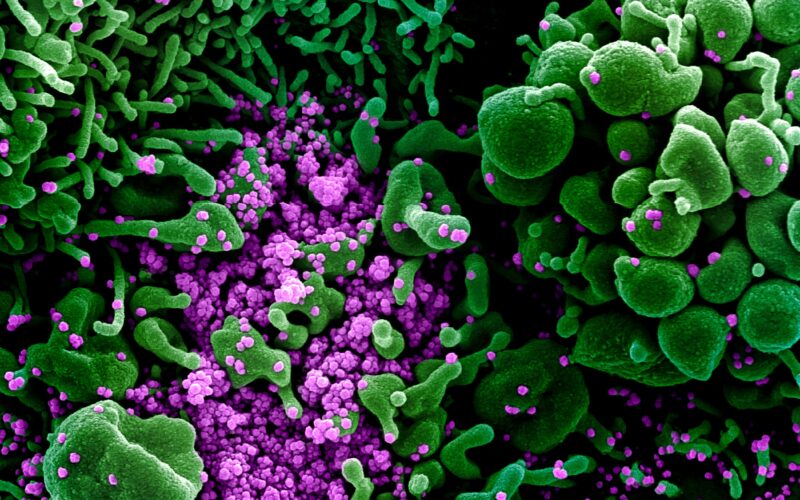 As we witness the aftermath of the initial responses to the ongoing COVID-19 pandemic — the failures and successes of the various shelter-in-place orders and a global economy interrupted — it is difficult not to notice the fact that in the age of Coronavirus, our modes of interaction, social, political, and economic, have been, perhaps in some ways irrevocably, altered.

This is true across the spectrum of our institutions, from a push to make mail-in voting ubiquitous to the advent of waiting in lines to enter grocery and department stores. Not the least among institutions affected is the university, which has resulted in considerable shifts in pedagogical practice in the name of social distancing practices. Consequently a discussion of pedagogy in age of Coronavirus from a perspective of Jacques Derrida’s “science of writing”, must center heavily on what has become of the classroom in the wake of social distancing protocols.

In other words, what had once felt like the full presence of face-to-face classroom learning, has now, in many cases, been replaced by the highly mediated substitute (supplement) represented by such platforms as Zoom or Google Hangouts, about which — based on Jacques Derrida’s discussion of his attitude toward writing and representation — one could imagine Jean-Jacques Rousseau spinning in his grave.

Likewise, Rousseau, were he alive today, would not be alone in lamenting such measures of social distancing. As with seemingly every other Coronavirus response measure, such pedagogical practices have not failed to evoke certain frustrations, and a desire to return to a previous norm. In this light, I will be analyzing, here, the Zoom meeting and its possibilities as exemplary of the inauguration of a particular age of writing over and against the nostalgia thus provoked, which is perhaps most dramatically illustrated by the assault-rifle-wielding protesters who took to the streets as the height of Coronavirus lockdown, to demand that the economy reopen and that things go back to normal.

In the last chapter of Of Grammatology Derrida deals directly—after having dealt on a mediated basis through the work of Ferdinand de Saussure and Claude Lévi-Strauss— with Jean-Jacques Rousseau’s thought on writing. Writing, which Rousseau describes as “only a mediated representation of thought” is characterized by Derrida as “total alienation” in that “alienation without reserve is thus representation without reserve.”

This alienation or representation, in Rousseau’s schemata, is set in relation to presence in such a way that it “supposes at once that representation follows a first presence and restores a final presence” and representation is criticized “as the loss of presence.”   Thus, if speech represents full presence, then writing, as derivative of speech, represents a loss of presence. Writing, then for Rousseau, is a supplement that does violence to the source in a way that reflects his thoughts on the state of nature.

Derrida says that “according to Rousseau, the negativity of evil will always have the form of supplementarity. Evil is exterior to a nature, to what is by nature innocent and good.”(158) The supplement to nature, in this case, is evil, in part, because “presence, always natural … ought to be self-sufficient.” The supplement thus attempts to replace what cannot be replaced.

As such, speech and presence, which in the context of the COVID-19 pandemic can be thought of as simply as that of the personal, face-to-face interactions which we have been asked to largely forgo, is posited as representing a kind of pure, natural originality to which writing, in its degrading, derivative supplementarity does harm.

Based on his analysis of Étienne Condillac’s proposed project of “the General History of Script,” Derrida notes that “it is at the moment that the social distance, which had led gesture to speech increases to the point of becoming absence, that writing becomes necessary” and that “when the field of society extends to the point of absence, of the invisible, the inaudible, and the immemorable, when the community is dislocated to the point where individuals no longer appear to one another, become subjects of being imperceptible, the age of writing begins.”(307)

Initially, this describes the ever expanding scope of a society in the process of becoming a global society. In the midst of the ongoing Coronavirus pandemic, however, the terms “social distance” and “the point of becoming absence” take on something of a new meaning.  We might, thus, infer then that a new understanding of these terms might also suggest that a new kind of “writing becomes necessary.”

For the world of higher education, as well as much of the corporate world—those whose work is not deemed essential (or those workers not deemed as expendable as fast food and grocery store workers), for whom new technologies make uninterrupted work nonetheless possible—this new kind of writing is exemplified by video conferencing tools like Zoom and Google Hangouts.

In many ways, the advent of these technologies seems to confirm the possibility of Rousseau’s belief that “the furthest in the time of lost presence is closest to the time of presence regained” and that “total alienation is the total reappropriation of self-presence.”(321) If the ideal which has been lost (and lost again in the COVID-19 pandemic) is the presence of speech prior to representation, which Rousseau characterizes via his “public festival,” the above mentioned telecommunications technologies (for which from here on we will use the term “Zoom meeting” as a shorthand) represent a further step in “the progress of analytic rationality” along which phonetic writing already lies.(327)

By this token, it might be said, then, that the Zoom meeting represents a further step toward Rousseau’s teleology of the image, in that “the telos of the image is its own imperceptibility.”7 Indeed, compared to previous telecommunications technologies such as email, wherein no illusion of presence obtains in the face of graphic representation, and telephone, wherein the illusion of the presence of voice is disembodied and represented via technology, the Zoom meeting appears to take a step closer to the imperceptibility of the sign, in that representation supplements presence by way of an image and voice that simulates an embodied presence through an unseen writing of computer code.

Likewise, this writing (as well as that of telecommunications in general) seems to achieve a new level of freedom of the sign from any particular language. In Of Grammatology, Derrida compares the level of universality of phonetic writing with the “natural universality of a sort in the most archaic degree of writing,” saying that “painting, as much as the alphabet, is not tied to any determined language.”

The difference between these two degrees of writing being that, for painting “its freedom with reference to languages is due not to the distance which separates [it] from its model but to the imitative proximity which binds them,” while “by contrast, the ideal universality of phonetic writing is due to its infinite distance with respect to the sound … and to the sense signified by the spoken word.”(327)

However, in the writing that is the Zoom meeting the universality comes from the fact that the infinite distance of the digital writing that makes Zoom possible from the spoken word becomes “the imitative proximity which binds them.” Thus one gets the sense in the Zoom meeting, as with painting, that “under a universal appearance, [it] would thus be perfectly empirical, multiple, and changeful like the sensory units that it represents outside of any code.”

Thus, the writing that is the Zoom meeting, which ultimately is reducible to an unseen binary script, much like the I Ching hexagrams that prefigured its discovery, bears a certain relation to Leibniz’s search for a Characteristica universalis. Leibniz envisioned his Characteristica universalis as “an instrument for philosophical reasoning and communication as well as creation.” Of this kind of universal writing Derrida has this to say:

The universal writing of science would thus be absolute alienation. The autonomy of the representant becomes absurd: it has attained its limit and broken with all representeds, with all living origin, with all living present. In it supplementarity is accomplished, that is to say emptied. The supplement, which is neither simply the signifier nor simply the representant, does not take the place of a signified or a represented, as is prescribed by the concepts of signification and representation or by the syntax of the words “signifier” or “representant.(330)

However, Leibniz had a system of prerequisites, according to Andrea Bachner, by which he proposed to judge a given script in order to identify potential universal forms of writing: “universal validity, correlation between sign and idea, and analytical systematicity.” Leibniz felt that he came closest to discovering his characteristica universalis in his study of the I Ching hexagrams and Chines sinographs. The combination of the two provided Leibniz with an interesting glimpse into aspects of his universal script, although each individually failed a different criteria of his prerequisites. The sinograph,

for one, while perhaps universally valid, and consisting of significant correlation between sign and idea, did not exhibit analytical systematicity. Consequently, the Zoom meeting as writing, through the binary connection that links it eventually with the hexagrams of the I Ching, falls short of Leibniz’s characteristica universalis, in that, as in the hexagram, there is no correlation between sign and idea.

This is simply a technical way of confirming the impression that many people have when participating in Zoom meetings. While the Zoom meeting constitutes an element of alienation, it fails to achieve the telos of the image, “its own imperceptibility.” What has come to be known as Zoom fatigue, which is said to be caused by the extra attention that is required to pick up on the nonverbal cues that come so much more naturally in face-to-face interactions, could be seen then as a physiological manifestation of the same frustrations that caused—in many cases armed— protesters to take to the streets in opposition to social distancing protocols and shelter-in-place orders.

Ultimately, these protest as well as the resistance to the mediated format of the Zoom meeting (especially among college students itching to return to their respective campuses) can be understood, apropos of Rousseau’s festival, as a reaction against representation, a “desire to make representation disappear.”(333)

The gun-toting open-the-economy-protesters especially can be seen to represent Rousseau’s festival particularly in light of Derrida’s statement that “the signifier is the death of the festival,” particularly in a overly hopeful inversion, whereby the protesters/the festival might be the death of the signifier. The word “death” is used loosely here, in that, as Derrida points out, “this festival without object is also a festival without sacrifice, without expense and without play. Above all without masks … That festival represses the relationship with death.”

Similarly, these earlier protests regarding COVID-19 responses, are predicated precisely on their repression of the relationship with death involved in the global pandemic at hand.

Jared Lacy is a graduate student in Religious Studies at the University of Denver.