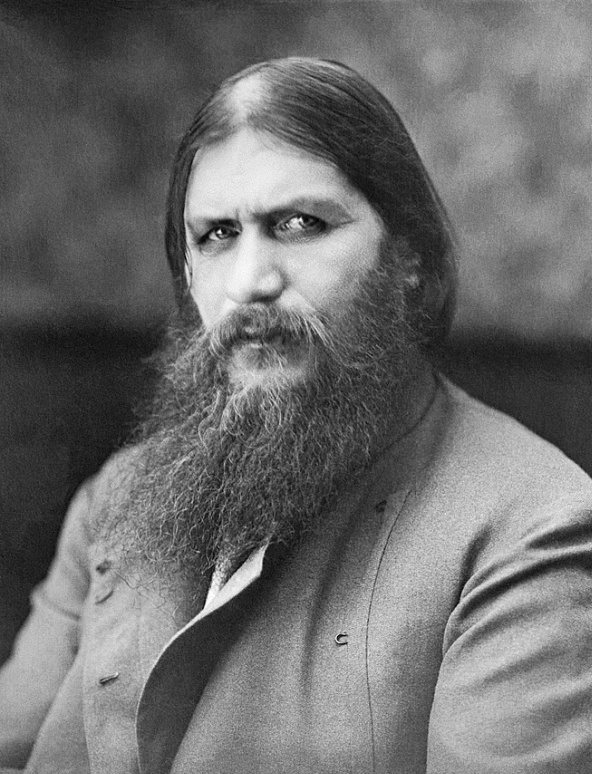 Picture ‘the enemy’ as the man of ressentiment conceives him—and here precisely is his deed, his creation: he has conceived ‘the evil enemy,’ ‘the Evil One,’ and this in fact is his basic concept, from which he then evolves, as an afterthought and pendant, a ‘good one’—himself!” – Friedrich Nietzsche, On the Genealogy of Morals

As centuries-old traditional cultural, religious, and moral structures collapse, and new technologies arise, humanity has come to a fateful crossroads.

The collapse of these structures, especially that dominant Western outlook which the nineteenth century German philosopher Friedrich Nietzsche termed “the Christian-moral view of the world”, has left us starting into an ideological void. While a great deal of artistic, academic, and social advances can be attributed to this rapidly changing environment, the chaos and uncertainty has not been without consequences.

Nietzsche’s famous saying “God is dead” has remained for more than a century a potent reminder of what is at stake in this period of moral turbulence and ambiguity.  Nietzsche predicted that once Western society was finally faced with having to come up with a replacement for God as the source of all moral conviction, we would either rise to heroic heights and “create new values,” or we would lapse instead into a kind of ceaseless, petty, purely secular, and puritanical fault-finding with one another.

Nietzsche believed that unfortunately we would go in the latter direction.  In the absence of God, he expected, we would fall back on a fierce kind of democratic egalitarianism in which we were constantly measuring against – and despising – each other.  He contemptuously called this new kind of social attitude a “slave morality”, a pervasive state of mutual carping and fault-finding, blaming those who had demonstrated achievement for the lack of success of others.

Nietzsche used the French word ressenntiment (which means a pervasive state of collective “resentment”) to characaterize what a society without God might look like.  Today we have a better and more precise term – “victimhood culture.”

The social phenomena that is victimhood culture has, over the course of the past few decades, worked its way to prominence within the United States. Although it hasn’t yet entirely eclipsed the previous moral system – what we might call dignity culture – it is now prominently embodied in everyday life, which enables close study as well as critique.

The current iteration of victimhood culture must be clarified in order to properly dissect the connections between Nietzsche’s worries and the present moral climate. In their article “Microaggressions and Changing Moral Cultures,” Bradley Campbell and Jason Manning present victimhood culture as “[valorizing] victimhood.” They go further to explain how victimhood culture involves a high degree of “concern with status and sensitivity to slight combined with a heavy reliance on third parties.”

Those who receive the most social support are those who are most able to garner sympathy on account of their identity as a member of various historically marginalized groups. Furthermore, the manner in which offense is handled is necessarily public, as evidenced through social media posts, websites dedicated to calling out microaggressions, and numerous public shaming campaigns. This public manner of dealing with offense is pertinent here insofar as it distinguishes victimhood culture from its predecessors, and illustrates the underlying aims of the individuals involved.

A vital point of clarification here is the question of who are the real examples of victimhood culture. As Urban Dictionary sardonically puts it, victimhood is a “coveted status … [that] implies that one or more victims are due some form of compensation … typically economic such as money, jobs, promotions, awards or opportunities such as college admissions. Intangible compensation is often a secondary consideration and usually not directly related to the offense in question, such as the displacement of blame for general achievement failures.”

While of course this is by no means even an attempt at a verifiable definition of victimhood, it gives insight into our own cultural and moral perceptions.  It serves to articulate how “genuine” victims are not the primary concern under the current moral system.  Victims may  benefit from the shifting cultural tides, but they are not the principal focus. While many individuals would gladly respect the perspective of, say, an economically disadvantaged American Indian, even more would focus on how they, too, deserve our sympathy.

Such a perspective, in combination with the more empirical approach of Campbell and Manning, sheds light on a moral culture whereby “victims” along with their advocates seek neither truth nor justice.  They aim instead for sympathy and a sense of superiority over their “oppressors.” Were this solely relegated to the sphere of evidentially based oppression, the case that this culture bears highly detrimental effects would be weakened.

Furthermore, the basis in truth would render the Nietzschean connection significantly weaker. However, the cultural process of seeking out recognition as a victim, rather than a reckoning with centuries of oppression, is the defining factor of this new moral system.

The heart of victimhood culture focuses on those who are willing and able to make public displays of their oppression, which regularly manifests in genuine competition to be “more oppressed,” as Campbell and Manning note.  Lest this analysis appear to be a reductionist account designed to disenfranchise contemporary minorities, it is vital to include the arena in which Campbell and Manning found victimhood culture to be the strongest – regions with cultural diversity but relative social equality  “Acts of social dominance,” they write, “are more offensive in places or relationships that are relatively equal.”

It is therefore clearly not the case that instances of extreme stratification, such as the racial disparity found in U.S. prisons, foster victimhood culture.  It is the more minor offenses that are filtered through a peculiar conceptual lens that identifies them as the epitome of historical oppression.

Contemporary victims perceive themselves as unalterably suffering at the hands of the social status quo,  a largely inaccurate perspective.  Given that there is at present a competition to be seen as “more oppressed,” this moral frame is less prevalent in contexts where social oppression is, in fact, more common. Their insistence on lack of autonomy, together with their reliance on third-party sympathy for one’s moral status is precisely what the philosopher Nietzsche was so critical of.

In fact, the dominance of victimhood culture could lend evidence to the theory that what Nietzsche called the  “slave revolt” in morality as the driving force behind egalitarian democracy has in fact succeeded.

An  historical explanation of the motivation underlying this cultural transition, therefore, remains absolutely vital. Eric Gans’ article, “The Post-Millennial Age” from his online journal Chronicles of Love and Resentment, provides a brief chronology of the rise of victimhood culture.

Looking back at the rise and fall of postmodernity, Gans provides concrete details of historical phenomena that had wide-reaching effects, fomenting the social preconditions that made victimhood culture so alluring.  Beginning with developments after WWII, he explains how US culture was “dominated by victimary resentment and the fear of arousing it,” and goes on to elaborate how “the postmodern era saw the dismantling of virtually all hegemonic structures and institutional behaviors; many of the ethnic and other counter-resentments unleashed by this liberation are still unresolved.”

Gans ties this changeover, following Jean-François Lyotard’s famous definition of postmodernism, to a distrust of “master narratives,” and he views it as largely instigated by the ways the Holocaust “made all group dominance suspect.” It is therefore evident that the contemporary elaboration of victimhood culture finds its origins in early postmodernity, and can largely be attributed to the initial shift away from traditional hegemonic social and political structures.

It took several decades for these  trends to take root and gain ascendancy, but they no doubt have finally entrenched themselves. The complete shock and utter fear of power – as initiated by the World Wars – started rolling the ball of resentment towards hierarchy.  It now rolls with greater force than ever before.

But how is victimhood culture as a moral system distinguished from other ways of processing the world? In an  analysis of Campbell and Manning’s sociological work, Conor Friedersdorf cites two previous systems that once prevailed – “honor culture” and “dignity culture”.  All three systems involve different normative approaches for how offense is to be perceived, as well as strict guidelines regarding how to act on it.

Honor cultures take offense seriously, and view it as something to be remedied by the individual’s reacquisition of  the lost honor. The examples Campbell and Manning provide include duels and physical fights. Dignity cultures, while viewing offense as serious, are less concerned with the individual’s responsibility to handle it alone. This is the moral system that has largely been eclipsed by victimhood culture. An individual who subscribes to its doctrine is more likely to intentionally ignore a slight than someone in honor culture, but should they decide it is worth engaging, they will enact direct means – often calling upon an established authority, such as the police or courts of law.

While Gans doesn’t explicitly mention any of these  systems (including victimhood culture), his clear characterization of moral thought as it evolved throughout the postmodern era denotes the move towards elevation of the victim. The specific articulation of the way in which discourse is dominated by the fear of arousing “victimary resentment” ties directly into Nietzsche’s characterization of the slave’s use of what he calls ressentiment and forms a basis for this comparison.

Furthermore, the aggregate of Friedersdorf’s, Gans’, Campbell’s and Manning’s work creates a picture of individuals who, in Nietzschean terms, denies life, and compensates for deficiencies by redefining morality.

Miriam Wilson is a writer living in Denver, Colorado.