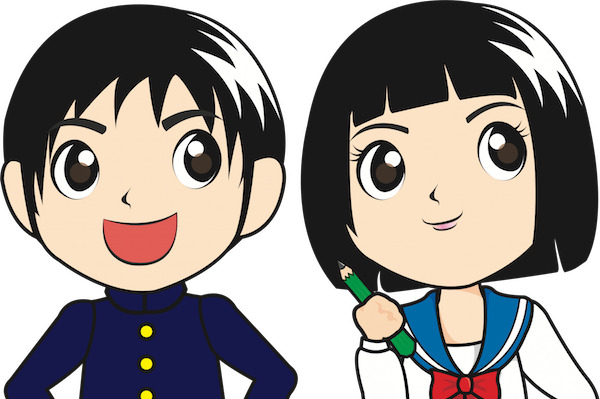 The following is the third of a three-part series.  The first installment can be found here, the second one here.

Storylines and Narrative Forms of Disney and Miyazaki

Finally, I examine the three animated films from the perspective of narratology. When watching these three animated films, it is simple to discover that all three stories have similar narrative structures. All the protagonists are accidentally caught up in a series of adventures, and through their trials and tribulations, the protagonists become mentally stronger and emotionally mature. This could be seen in both western and Japanese folk narratives as well.

As a matter of fact, Margaret Thorp noted that Walt Disney’s animated films became a part of American folklore (23), and Hayao Miyazaki himself stated that he considered his animated film Spirited Away was a direct descendant of Japanese folktales (199). As seen the old bathhouse and the Shinto shrine, Spirited Away indeed attempts to connect contemporary Japan and old Japan using these traditional motifs.

In fact, Kaigo Seki maintains that folktales were intangible cultural products, but they were living stories.  People delivered their histories and life experience and lessons through folk narratives. Furthermore, according to Katharine Buljan and Carole Cusack, cultural products reflect the host culture in which the cultural products developed (74). Therefore, it would be natural that modern writers must have used motifs from old tales in their modern literature, and motifs from folktales would have passed down to modern stories.

In other words, motifs from folktales would have passed down to today’s animated films. In addition, according to Susan Napier, both filmmakers, Disney Studios and Miyazaki’s Studio Ghibli, are consistently influenced by folklore, and both use the folk materials in their animated films to control their cinema narratives effectively and tightly (471). Therefore, it would be helpful to see cinema narratives from this perspective in order to understand society in which the cultural products developed.

For example, at the beginning of Alice in Wonderland, in the woods, Alice runs after a white rabbit and enters a hole to the wonderland. In Spirited Away, the story begins with the scene that Chihiro and her parents are traveling to their new home when her father takes a wrong turn. They unknowingly enter a mysterious world through a tunnel in the woods that Chihiro’s father insists on exploring. The two stories have same motifs; woods and hole/tunnel.

These motifs could be considered as the liminal space and period such as the scene of western folktale Little Red Riding Hood in the woods and the scene from the Japanese folktale The Bush Warbler’s Home in which a young woodcutter loses his way in the woods and encounters a forbidden palace. In fact, Shiro Yoshioka contends that Miyazaki’s Spirited Away is reminiscent of the story of Alice in Wonderland so that Spirited Away could be considered as a modern folktale or a Japanese version of Alice in Wonderland (261).

Motifs from old tales could be seen in Frozen as well. For example, Elsa is sulking and struggling alone in the mountains after the incident at the coronation ceremony. Then, her little sister Anna bravely goes into the mountains alone to rescue her elder sister Elsa. The sisters pass through the woods and mountains to go their own way in life. Therefore, it could be considered that the scenes reflect the motif from old tales, passing through the woods, and the mountains are liminal spaces and periods for both Elsa and Anna for moving on to the next stage of their development.

The depiction of a river or water in the three animated films is also a common motif reflected in folktales. Seki describes main characters in folktales who have deep connections with water appear frequently (160-161). In Spirited Away, water symbolizes boundaries between different worlds, and needs to be addressed. Indeed, the protagonist Chihiro walks across the river when she comes to the mysterious world, crosses the bridge to get into the bathhouse to meet an evil witch, and goes over the water to visit a good witch to save her friends. The river, the bridge, and the water are all boundaries.

Therefore, when Chihiro crosses them, she crosses the boundaries and goes into deeper levels of the mysterious world. As for Disney, in Alice in Wonderland, Alice is at the river bend at the beginning of the story, and that is the place she falls asleep and gets into the wonderland.

Like Spirited Away, in the story of Alice in Wonderland, the river acts as a boundary between different worlds. In Frozen, water or ice is a key motif in the story as well. Elsa has a power that she can freeze everything; even rivers or water. The frozen, ice castle and world symbolize her mind closed off to all or something like a cage of some limitation.

Therefore, at the end of the story, when she opens her heart fully to her younger sister and herself, the world is also unfrozen and flowers bloom. Moreover, ice, which is related to water, is the motif indicating the boundaries between closed and open society in the narrative.

These three animated films have similar motifs and narrative structures influenced by old tales. Disney and Miyazaki, however, not only have used the traditional materials but also have recreated the old narratives to the new anime fantasies in modern society.

I have attempted to make clear the similarities and differences between Japanese and American cultures in order to understand the relationship between popular culture and identity in each of the societies. In order to do so, I have compared and analyzed the animated films such as Disney Studio’s Alice in Wonderland and Frozen, and Hayao Miyazaki’s Spirited Away from cultural perspectives because both Walt Disney and Hayao Miyazaki are the two best known and world-renowned directors in the history of animated film.

When watching these three animated films, it is very clear that the female protagonists take control of their own mental and emotional growth, and the stories are good representations of what modern women should be. Especially, as considering the Japanese and American societies of today, it is interesting that Disney’s Frozen and Miyazaki’s Spirited Away have been greatly admired by many Japanese and American women.

Even though people consider that Japanese women are very quiet and traditional, they live vicariously through Anna and Elsa, and even Chihiro. They really do this because Japanese society is very male dominated, and sometimes it is difficult for women to express themselves freely. Even in the United States, a more open society than Japan, cultural issues such as whitewashing, ideology, gender, and so on also exist.

Thus, these two cinema narratives appeal to the socially weak women. As Napier makes clear, in the fantasy world of animated films, female protagonists are certainly role models in a society where the stories narrated and traditionally women have been seen as inferior (234). In other words, these animated films speak to the whole world, but it has a special, underlying impact on women. These films are a real inspiration for all women, and inspire them not to hide or runaway from expressing their true identities. Indeed, popular culture such as animated films can assist people in negotiating significant changes in identity, social tradition and the status quo.

As De Lauretis argues, women are indeed, “speakers, writers, readers, spectators, users, and makers of cultural forms, shapers of cultural processes” (135). From this perspective, Miyazaki and Disney’s female stories can even encourage female audiences and show how women can contribute to the societies. Thus, their films are valuable as social and cultural productions.

Narrative structure is another key to understand why the cinema narrative appeal to the society or even reflect the society. The three animated films, Alice in Wonderland, Frozen, and Spirited Away have quite similar storylines which contain clear influences from folktales. If cultural products, according to Buljian and Cosack, reflect the host culture in which the cultural products developed (74), and if folktales are living stories that people delivered their histories and life experience and lessons through folk narratives, then the animated films by Miyazaki’s Studio Ghibli and Disney Studio could absolutely be considered as a modern interpretation of Japanese and American societies.

Thus, these works in allow people to evoke their cultural experiences through animated films and feel some nostalgia for the stories, despite it being from their home culture or not.

Hiroko Miyashita is a Japanese language instructor at City University of New York, the New School, Adelphi University, and New York University.  She is a writer and a New York City licensed tour guide.