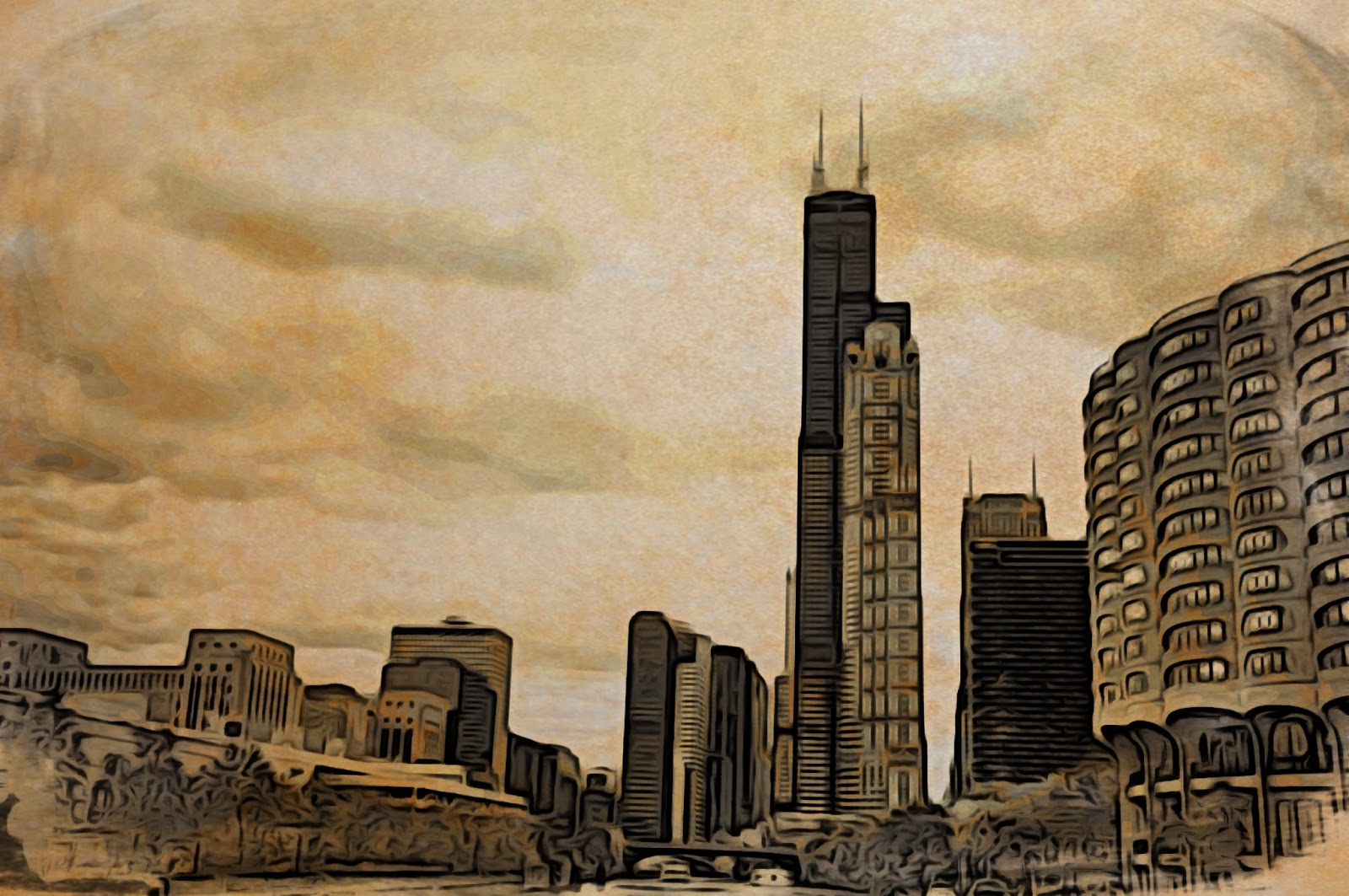 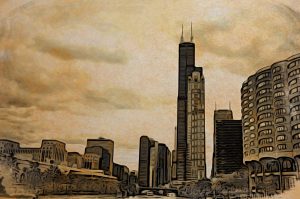 Placemaking, often characterized as a “people-centered” strategy for revitalizing communities through a stakeholder-driven transformation of public spaces, is one of the hottest new trends in both urban planning and the interdisciplinary arts and humanities.

As the literature of the Project for Public Spaces, which many consider the leading  advocacy organization  for the concept, phrases it, placemaking “has the potential to be one of the most transformative ideas of this century.”

It profiles placemaking as “a quiet movement that inspires people to collectively reimagine and reinvent public spaces as the heart of every community.”  Furthermore,

…as both an overarching idea and a hands-on approach for improving a neighborhood, city, or region, Placemaking …[strengthens] the connection between people and the places they share…[it] refers to a collaborative process by which we can shape our public realm in order to maximize shared value.

Birthed as a significant, but somewhat esoteric, concept in urban design during the 1970s, the placemaking movement has become something of a new evangel among forward thinking and modestly chic city planners and community organizers, and has even permeated the traditionally commerce-minded economic development leadership in the United States.

The realization that “cultural capital” in the post-industrial era is perhaps the most important type of capital in which one can invest has rapidly migrated from bohemian faddism to conventional corporate wisdom.

That is especially true for both entrepreneurs and business magnates, who have come to realize that current demographic data surrounding the life choices of the millennial generation and its preference for living in vital and “experientially enriched” urban centers over sprawling, anonymous suburbia compels an entire rethinking of their models of workplace productivity and consumer mentalities.

In recent years the literature on placemaking has shifted from a broad-brush preoccupation with more pleasant and livable urban environments – parks, sidewalk fairs,  subsidization of small, upscale retail establishments, and so forth – to the generative role of the arts specifically.

A data-sated study by the Mayor’s Institute on City Design in co-operation with the National Endowment for the Arts documents documents not just the intangible, but the hard economic benefits of community planning aimed at fostering thriving arts districts as well supporting and sustaining venues for working artists.

One indisputable effect of incubating the arts as the heartbeat of a community, according to the study, is that “economic development quickens because arts and cultural investments help a locality capture a higher share of expenditures from local income. Instead of traveling elsewhere for entertainment and culture, or going to a big-box retailer or shopping mall, residents are patrons of local talent and venues, earnings that re-circulate at a higher rate in the local economy.”

The study includes case studies from as diverse municipalities as San Jose, California, Arnaudville, Louisiana, and Paducah, Kentucky.  It also points out that that the arts industry is the ganglion of America’s culture industry (in the same way that digital software and communications is the nerve center of all high tech manufacturing and production nowadays), comprising 18 percent, or nearly a fifth of the entire American economy.

Business leaders and economic planners continue to cling to the outmoded mentality that the business of arts and ideas is little more than a “quality of life” add-on to such “real” dollars-and-cents forms of enterprises as finance, manufacturing, or information technology.  But the study suggests that more and more the opposite is the case.

Several decades ago economic development experts were hard-pressed to convince city officials, who were still wedded to old assumptions, that their future no longer lay in attracting “smokestack” industries, but in attracting electronic components manufacturers or software engineering firms.  Now that sort of erstwhile “avant-garde” thinking has itself become passé.

The new counterintuitive, but trend-grabbing proposition is that planners bring in artists and assist them in building local art markets in much the same manner that earlier communities  gained comparative advantage by encouraging and subsidizing IT start-ups.

But this kind of not-so-obvious economic alchemy can be elusive unless planners and developers genuinely understand what the arts are, or how the psychology of artists themselves can be harnessed for the promotion of what we often fulsomely refer to as the “public good.”

Business people routinely demand that artists treat their profession “like a business.”  But the business community needs to recognize that business historically has always been about the creation of new shared “value” and the process of “adding value” to already successful strategies of enterprise.

Bill Gates only became a multi-billionaire because he was able to discern, impact, and revolutionize the value-assumptions of consumers.  One should call to mind the infamous prediction of Digital Equipment Corporation CEO Ken Olsen in 1977: “There is no reason anyone would want a computer in their home.”

Olsen was right in terms of markets at the time, absolutely wrong in terms of values.  Gates was absolutely right when it came to values, which are the elixir of new markets.  It is values that control the market in the long run – pure and simple!

And it is values that are driving the new epoch of the arts and humanities.  The various business alliances in the Dallas Fort-Worth metroplex, currently the national leader in the number of corporations headquartered in a single urban area, have affirmed this trend by forming both the North Texas Business Council for the Arts and such ancillary organizations as the Business Arts Initiative of the city of Dallas.

Likewise, the Impact Arts movement of York, Pennsylvania – a long-thriving industrial community that has aggressively seized the moment to revitalize its economic profile by leveraging the arts in alliance with York College of Pennsylvania, its local higher education partner – has garnered increasing national, if not international, attention because of its efforts to “place” what is going on in its own bailiwick in terms of the global economy.

What exactly is the relationship between the arts, values, and commerical development?  One must consider as an historical precedent the movement known as the Vienna Secession at the turn of the twentieth century, inspired and overseen by the famous Austrian artist Gustav Klimt.

The Vienna Secession not only propelled the broader European revolution in the arts we now term “modernism,” it also laid the groundwork for the contemporary idea of creative placemaking.

Prior to the Secession, Vienna was something of a backwater when it came to the visual arts.  Klimt’s tactic (following the principles of the so-called Gesamtkunswerk, or “total artwork”), laid down a generation earlier by the famous German composer Richard Wagner was to demonstrate that the incorporation of the arts into the  affairs of everyday community life, from paintings on the wall to unique styles of architecture to the types of graphic imprints and decorative design associated with art nouveau and Jugendstil (the German-speaking variant of the former).

The Vienna Secession made Vienna itself a “total art work,” and it succeeded beyond Klimt’s wildest dreams.  It was only the subsequent military as well as political disasters of World War II and the Nazi era that has obscured the long-term relevance of such an initiative, which has even more relevance today.

Significantly, one major Vienna-based company has been proactive and highly effective in developing this strategy in the current global business environment is the Burn-In Gallery and “Thought Factory”.  Burn-In has re-invented the 19th century notion of the “total art work” as what it calls the “integrated communications concept” (ganzheitlicher Kommunikationskonzept) that mobilizes teams of practicing artists as consulting groups to work directly with businesses and municipalities on shaping intensively, or “branding”, their esthetic identities, which are inseparable from their commercial mission and purpose.

As a “thought factory” it both markets individual artists and customizes large-scale projects involving artistic input and imagination into transforming both public spaces and workplaces.

Artistic or “creative” placemaking is the next wave in community development, drawing on resources in the arts, culture, education, and business.  Ensuring successful outcomes, which have already been shown in both niche markets and in general urban environments, requires retooling our collective thought processes concerning the transformation of “place.”

“Place” does not necessarily mean a neighborhood, town, or city.  It also denotes what Peter Meusberger at the University of Heidelberg terms a “creative milieu.”

According to Meusberger in his introduction to Milieus of Creativity, such a milieu

…represents a certain potentiality that must be activated through human communication and interaction. What makes a location attractive is its possible or imagined advantages, not the realized ones. It is the potential to communicate with other highly creative persons that attracts artists and scientists from elsewhere. It acts like a magnet for other creative people and thus enhances the attractiveness of a place.

This definition correlates closely with what different studies have already disclosed about the formation of cultural capital as the infrastructure for economic development.

Artists themselves often resist the notion that art cannot be anything other than an estimable practice that is undertaken solely for “art’s sake”.  But both history and contemporary experience make it evident that art is also a reagent for yet unimagined pathways of greater social transformation.

Carl Raschke teaches philosophy and religious studies at the University of Denver, and is author of numerous books as well as an editor for major online publications, including Religious Theory and Political Theology Today.  He is also co-founder of the Global Art & Ideas Nexus.